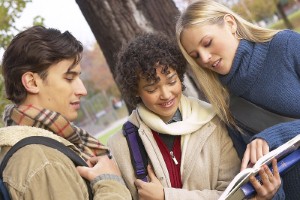 Teenlike.com, an ongoing online competition for young home decor designers, announced its second winner. Brandon Dover of Apply Valley, California, was this year’s winner, as he created an abstract pen and inkwork design for a bedspread. The prize of winning this award is that his print will be manufactured and sold.

“I hadn’t really thought about it too much until I stumbled upon Teenlike on Twitter, investigated what it was all about, and then looked at my own plain bedspread and thought ‘Whoa! So true!,'” Dover said. “I thought it was an excellent idea and anxiously awaited for the competition to start. I was trying to think of a design that would look great and resonated what Teenlike was all about and then I thought, ‘Fluid!'”

Dover added that he thought “fluid” was an idea that many teens his age would understand and be able to relate to because its movements reminded him of breaking free and choosing something that they would really like to express themselves.

Before this competition, Dover has been creating similar designs for T-shirts.